The typical west coast adventure of driving across California is something that everyone should do. The I5 is a well-known interstate that runs from Mexico to Washington. My family and I had to stop at several fantastic state parks along the route while travelling, even though they were a little off the usual road. After all, California is home to some of the best national state parks.

The one downside to this wonderful state is that if you want to try any metal detecting, you must make a reservation with the state parks. After overcoming that obstacle, state parks are fantastic locations for any experience, and metal detecting might be one of them.

Let’s look at some amazing state parks in California that you can visit, and if you contact them in advance for permission, you can perform some fantastic metal detecting in them while you’re there.

Many metal detectorists who are searching for the next big find congregate in California, the state with the largest economy and population in the US! In fact, it is well known for its stunning rivers, parks, and beaches.

These locations typically offer lots of chances to locate some quite valuable items!

However, it would be a mistake to not be familiar with the state’s regulatory legislation. Even while this doesn’t actually happen frequently, if you don’t follow the guidelines, you can run into some issues with the local authorities.

The beaches of California are among the best in the world. A 21-mile length of the Monterey Bay Area’s coastline is home to six of these coastal parks. Swimming, kayaking, and beachcombing are among the activities that are permitted on these beaches, according to the official brochure.

Here are some of the greatest locations you should try to reach:

American River: This river flows through the Auburn State Recreation area and is situated just northeast of Auburn.

Bagby Recreation Area: This area is perfect for detecting because it is situated at the intersection of the Merced River between Coulterville and Mariposa.

Big Flat in the Trinity National Forest: Traveling west on Highway 299 for about 22 miles will get you to the Big Flat Free Permit Area. There is also camping permitted.
However, keep in mind that you must first obtain a permit from the BLM office in the Redding District before using Butte Creek as a detection site!

All around California, several types of soil can be found. The state’s soil development is the consequence of a variety of variables, including weathered rock, plant leftovers, and volcanic ash. 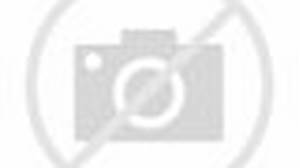 The best beaches in California to visit?

The Indians, the Mexicans, and the Spaniards who mined along the Colorado River, the San Gabriel River, and in Santa Cruz made the first gold discovery in the region that currently comprises the state in the 1500s. These were all brief operations on a minor scale.

The great California Gold Rush of 1848 was sparked by the discovery of gold at the renowned Sutter’s Mill on the American River, close to Sacramento. Further prospecting across the state and the ensuing exodus of thousands of people to California were both sparked by the gold rush.

Since then, California has been a mining location for gold and other minerals. Due to the mining operations, there are many ghost towns and other abandoned locations that offer fantastic metal detecting opportunities today. There are literally hundreds, if not thousands, of ghost towns and old abandoned mining camps that you could search with a metal detector only concentrating on old mining regions.

The variety of camping options available at this state beach park is one of its best features. Family camping, RV access, and even rustic camping are all available there. I haven’t tried it yet, but it sounds like fun.

The following are some additional park activities: 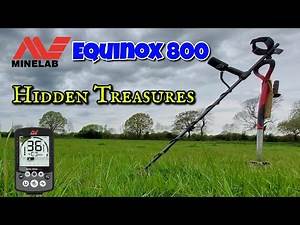 In California, are metal detectors permitted?

This hobby is governed by a number of laws in this state to protect historical artefacts, private property, and any mining claims.

… Therefore, you must ensure that you abide by all applicable federal and state laws before using your machine there on any public land.

… Some of the laws to be aware of are listed below:

No comments to show.